Feb 11, 2011 (LBO) – Award winning author Phillip Hoare and underwater videographer Andrew Sutton is working on a film featuring whales in the waters surrounding Sri Lanka and also explore the Island nation, its people and culture. “We are very keen to expand the themes we have been exploring while filming whales into a greater picture of what Sri Lanka holds for the world and what the world holds for Sri Lanka,” Hoare said. 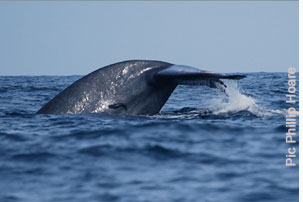 Our idea in this film is to present a wide and more rounded picture of Sri Lanka, Hoare said.

Naturalists say Sri Lanka is one of the easiest places in the world to spot whales because whales come very close to the shore.

A high concentration of blue whales and sperm whales has been repeatedly spotted in the seas off Dondra Head in the south of the island during the months of January to April.