July 16, 2012 (AFP) – Sri Lankan scientists have identified a new genus of fresh water fish and named it after the evolutionary biologist and renowned atheist Richard Dawkins. Lead researcher Rohan Pethiyagoda said the new genus, named Dawkinsia, comprises nine species that are found only in South Asia and are characterised by long filaments that trail from the dorsal fins of males. 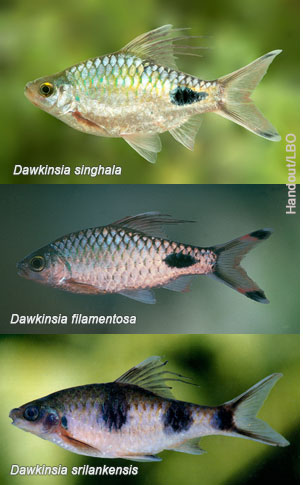 The fish has previously been classified under the genus Puntius, comprising around 120 species of small tropical fish known as barbs.

Pethiyagoda, an ichthyologist and internationally acclaimed conservationist, said extensive studies in India and Sri Lanka showed that the level of diversity among such fish was “much greater than previously suspected”.

This was partly the reason that the study group had chosen to name the new genus after the 71-year-old Dawkins, the British author of the anti-religion polemic, The God Delusion.