May 13, 2015 (LBO) – Sri Lanka’s Finance Minister Ravi Karunanayake says that the Central Bank will take the responsibility of paying the defaulted Golden Key depositors after they withdraw their cases that are to be taken up on 18 May 2015.

He made this comment following a meeting held with the depositors at the Finance Ministry today.

All the depositors who were present at the meeting agreed with this decision and asked a written assurance.

Karunanayake promised a written assurance would be given on the same day that depositors withdraw their cases.

Only 40 percent of the money will be paid back to the depositors by the government, the Karunanayake said. 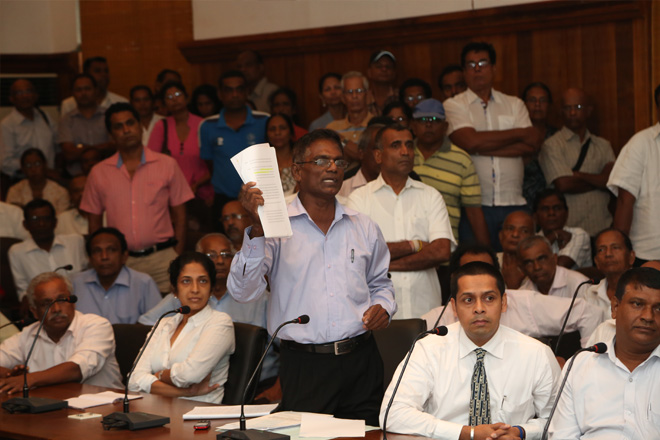