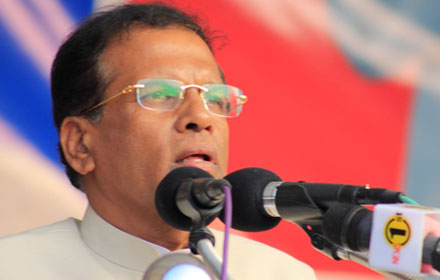 I invite all political parties and representatives to join the all-party national government to create good governance and drive the country towards expected aspirations. President Maithripala Sirisena said.

He was addressing the nation today at Temple of the Sacred Tooth Relic (Sri Dalada Maligawa ), Kandy.

Sirisena said the new government would take immediate measure to eradicate poverty and also eradicate corruption, fraud, irregularities and bribery in the Island.

Sirisena had promised to abolish an executive presidency that had arbitrary powers while re-establishing rule of law with an independent judiciary and public service.