Feb 18, 2013 (LBO) – Sri Lanka is kicking of a second licensing round for off-shore oil blocks with road show starting in Houston on March 07, reports said. A notice on Sri Lanka’s petroleum resources development office said bidders conferences will also be held in London on March 12, and in Singapore on March 21 with IHS, an oil industry consultancy.

Saliya Wickaramsuriya, head of Sri Lanka’s Petroleum Development Secretariat had earlier said that up to 10 offshore blocks would be awarded in the second bidding round.

India’s Cairn energy, which bought the only block so far awarded in the first round has found traces of petroleum in two exploration wells and is now digging a fourth well off Sri Lanka’s northwest coast. 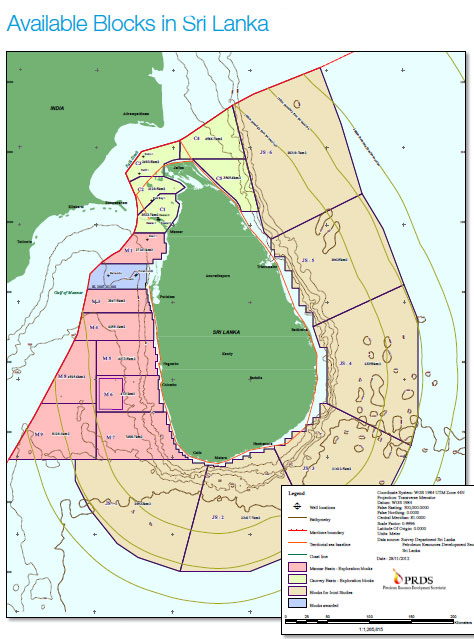