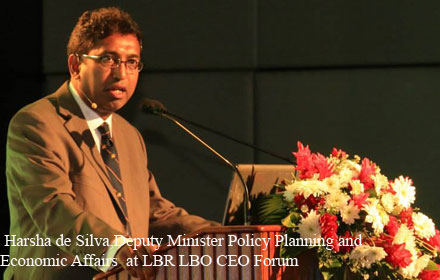 These must be look at not as individual effects or rather targeting certain individual companies, but as a collective way of raising revenue on a one time basis in order to ensure that we have the ability to ensure the delivery of what we have promised to the people, De Silva said.

You may not exactly agree with me with that explanation,”

But as a government, there is no other way other than the taxing or borrowing or printing money to deliver,”

“So we have decided not to print money or to borrow excessively, but to impose one time taxes on certain selected industries. he said.

He was speaking at the LBR LBO business forum on Monday.

The new government slapped a series of one – off taxes on private firms in the interim budget and gave a whopping salary hike for State workers, which had hit the country’s exchange rate and raised the tax burden on ordinary people.