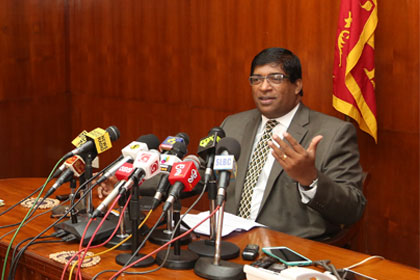 “We have not reduced a single cent from the allocation of the development projects which are legitimate,Karunanayake told journalists.

We won’t pay the money,if there is no agreement signed with the finance Ministry,

We have discontinued all the corrupt projects which were taken on by the past regime, he added.

We want to utilize the tax payers’ money in right projects in the correct manner.

He added that the new government had halted the defense academy building project and some of the road development projects due to this reason.

Some roads projects that could have been built at a cost of 10 lakhs – last regime has spent over 100 lakhs,

How can you allow that? he asked.