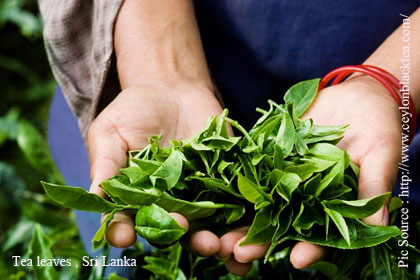 Meanwhile, the average tea prices have been declining at the Colombo Tea Auction in the first two months of 2015 with prices slumping below corresponding levels in 2014, despite the increased cost of production since then.

“Due to external factors the market for tea is very challenging at present and most worryingly, the situation appears to be a trend rather than a phase of a cycle,” Roshan Rajadurai, chairman of the Planters’ Association of Ceylon representing RPCs said.

“Tea is available the world over at tea producing auction centres at around US $ 2.00 a kilogramme and therefore tea traders tend to buy cheaper teas from these origins because of cash flow and liquidity problems they themselves face. Our tea prices are in the range of US $ 3.00 and above.”

“In this scenario, the immediate survival and by extension the sustenance of the over one million population resident in our estates are facing a great danger, as we are finding it extremely difficult to manage our day-to-day operations and commitments.”

Rajadurai says all must support productivity improvements, without which the industry’s downhill spiral is irreversible and as we have always maintained, the future sustenance and the survival of the industry to a great degree is in the hands of the workers themselves.

“They can easily increase the daily output and support cost reduction so that we can be competitive in the world markets, as our costs are the highest in the world on account of our labour productivity being the lowest in the world.”

“A one rupee increase in labour wages will automatically increase the cost of production of tea by 52 cents per kilogramme.”

Therefore, he says there is no choice left but for all the stakeholders to work in unison to save the industry and the people involved, realising the current external pressures and challenges.

“Being mandated to provide 25 days of work to our workers, our cost of production is significantly above the price that we are receiving at the moment for rubber,” Lankem Tea and Rubber Plantations CEO, Ranjit Peries said.

“Based on forecasts, prices will not increase within this year.”

Overall slump in tea prices is due to many reasons, the main being the current catastrophic situations in key markets of Russia, Middle East and Ukraine that account for over 70 per cent of exports of Ceylon Tea.

The downturn in the Middle East following drastic reduction in oil prices, a raging military conflict in Ukraine and economic sanctions in Russia as well as the recent depreciation of its currency, have created an almost impossible to recover situation for Ceylon Tea.

With the global rubber market in a slump and prices not expected to recover soon, a double whammy situation has emerged.

The statement states rubber losses too have spiralled and some RPCs are now on average incurring a loss of around 70 rupees per kilogramme of rubber sold.

“Lesser demand from China, a major buyer of natural rubber from Sri Lanka, due to economic slowdown and reduction in price of synthetic rubber, a substitute, following fall in petroleum prices are among the key factors making an adverse impact on local rubber prices.”