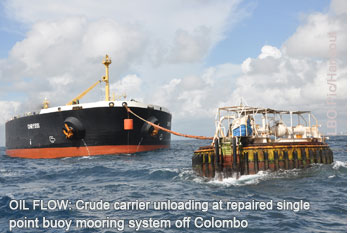 The off-shore single point buoy mooring system and pipeline through which crude is unloaded and brought to the refinery was damaged.

The petroleum ministry said bad weather made repairs difficult but they were completed today and the refinery has also begun operations.

The refinery was shut down earlier after a scheduled cargo failed to arrive. Though the a second shipment arrived on May 24, the damaged pipeline delayed the re-starting of the refinery further.