June 10, 2009 (LBO) – Maldives has established three protected areas for whale sharks, the world’s largest fish, the Indian Ocean atoll state which is famed for its corals and marine resources, said. The marine protected areas have been declared in and around Baa atoll Hanifaru, Baa atoll An’gafaru and South Ari atoll Maamigili, to commemorate World Ocean day on June 08, a government statement said. 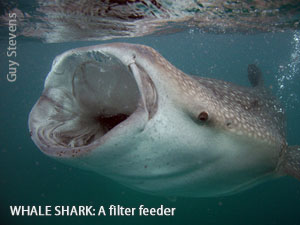 “The marine environment is the bedrock of our economy, supporting our largest industries, tourism and fisheries.

“Not only will this initiative protect whale sharks, but also other mega-fauna including manta rays and reef sharks.”

Whale sharks grow to 12 meters in length. Maldives says it is home to the only known aggregating population in the Indian Ocean. They are filter feeders and largely survive on plankton. 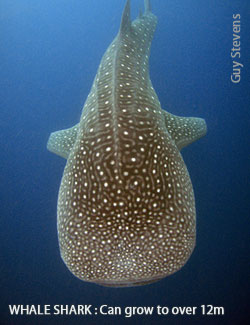